Perhaps no country exudes the pure American heart and soul quite like Texas. Aside from its warm weather and diverse population, Texas is also known for its cultural diversity. According to the latest census estimates, the state’s population grew by over 300,000 from July 1, 2020, to July 1, 2021.

Texas is a vast state that spans over a thousand miles. It has plenty to offer everyone, from its vibrant cities to famous rodeos. Here are four reasons to consider moving to the Lone Star State.

Aside from being one of the most prosperous states in the country, Texas also boasts the best business environment in the nation. According to a survey conducted by WalletHub, the Lone Star State is also one of the ideal places to start and operate a business.

In 2021, Texas became the ninth-largest economy in the world due to the numerous corporate giants that have relocated their operations to the state, such as Amazon, Tesla, and Oracle. Aside from being an ideal place to start and operate a business, job seekers can also find plenty of employment in the state.

In January, the Texas Tribune noted that the state’s job growth outpaced the country’s rate during the past few months. According to the report, the state ended the year with over 13 million non-farm jobs. Before the pandemic outbreak, the number of jobs in Texas had already increased by almost 89,000.

Due to the outbreak of COVID-19, the unemployment rate in Texas increased to 12.9 percent in April 2020. It has since dropped to five percent, and the average household income in the state is currently $53,600.

There are also numerous universities and colleges in the state located in various cities, such as Houston, Dallas, San Antonio, El Paso, and Corpus Christi. Two of the state’s largest universities are located in College Station and Austin. These two institutions have a combined enrollment of over 40,000 students.

Affordable and Safe Cities and Suburbs

If you’re tired of living in expensive cities across the country, consider moving to Texas. There are plenty of affordable homes in the state that are available for rent or purchase. For instance, the median listing price for a home in San Antonio is $280,000.

In the city of Houston, the median listing price is $329,000. On the other hand, in the suburb of Plano, the home price is almost half a million dollars.

If you’re looking for a safe and secure place to live, then Texas is the ideal state for you. According to a report released by SafeWise in 2022, the safest places in the state are located in the suburbs of Houston, San Antonio, and Dallas.

Get Property Investment Advice In Texas With Z Finance Solutions 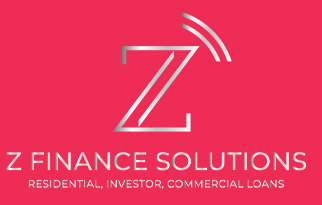